Lean Wolf is my first endless game (have a prototype of a motorbike game but it is not finished yet). The game is made with the awesome LibGDX engine. I was inspired by Cannon Hero to create this cartoonish styled game.


The Wolf - he is HUNGRY, he is SKINNY, he is LEAN, he need sheeps!

Main Goal - kill as many dogs as you can, collect sheeps under the towers, go for the best score!

Game mechanics - Touch the screen and hold to Aim then release to fire.

You can unlock different kind of wolf. Every wolf has its special ability to kill dogs. Currently there are four kind of wolfs:
- THE WOLF - throw bombs
- DREAD - fire laser from his eyes
- STORM (He is like Raiden from Mortal Kombat) - fire lightnings from his hands
- DARK ONE - throw three spiked bombs

I hope the game will have any success, so I can create more wolfs to play with.

I hope you guys will like the game. I'm opened for any suggestions and criticism to make the game enjoyable to play!

Here are the screenshots: 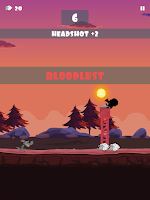 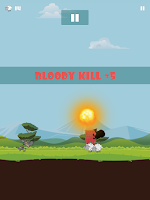